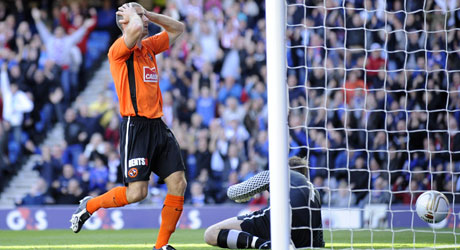 When Winning Goals Become Own Goals

Never argue with a referee.

As a schoolboy footballer, spindly legs emerging from shorts always one size too large for me, I soon learned that they have an irritating habit of never changing their mind.

“Come on, Ref!” was one of the most common implorings I remember, usually with my right arm held aloft beseeching the official to whistle the obvious offside. But, inevitably, the official remained unmoved and I quickly began to realise a life lesson: don’t waste time with battles you ain’t going to win.

Can I remember the game that yielded this Damascene moment? No, because the game, though probably exciting enough at the time, was unimportant. It was soon forgotten – merging into the hundreds of other games I’d played in a mediocre career of schoolboy and Sunday League clashes.

Is every battle worth it? I don’t think so. I very occasionally see it in workshops; two individuals wrangling over a minor point, but both lacking the savvy – and personal courage – to walk away.

In 1974, Kenneth W Thomas and Ralph H Kilmann advised walking away as one of their options in their seminal conflict model. When the issue doesn’t matter and the relationship isn’t affected, then they endorse the ‘avoiding’ behaviour.

But what about those battles that are worth fighting for? Ah, there you have a choice. Must all battles end with the victor and the vanquished? If we’ve learned one thing from history, isn’t it that countries have often won the war but lost the peace?

Often, something long-lasting and worthwhile has been achieved when the issue is resolved and the integrity and honour of the relationship is preserved. Some people achieve the first part but not the latter. Crowing about ‘being right’ might be satisfying in the short-term, but long-term they might find themselves dealing with someone now bent on revenge.

As my football-mad younger self might have put it all those years ago: that devastating early strike might turn into a humiliating own goal.