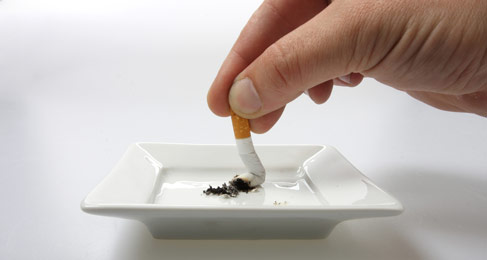 Kicking a Habit Might Just be the Start of Your Problems

Why can’t some people give up smoking? Surely they must be weak minded? After all, you only have to think about the health issues, not to mention the enormous expense of keeping a 20-a-day habit going.

Or is it quite as simple as that? The ‘quit smoking’ guru, Allen Carr, was convinced that you only had to read his book and you would stop for good. And it has worked for many people, but I bet you can think of people you know for whom the old joke ‘I find it easy to give up smoking, I’ve given up hundreds of times’ is no laughing  matter; it’s the sad leitmotif of their continual struggle to kick the habit.

One of the most fascinating aspects of this whole subject is that of ‘Recidivism’. This is the “act of a person repeating an undesirable behaviour after they have either experienced negative consequences of that behaviour, or have been treated or trained to extinguish that behaviour.” In short, they’ve given up a negative behaviour and gone through the unpleasantness of all that was involved only to – over whatever span of time – return to the same bad behaviour.

The most singular example of recidivism I know is the case of armed robber Peter Wayne. In this article you’ll see how, after being handed down a 10 year sentence for robbing Building Societies, he became fascinated with the churches of Thomas Archer. Indeed, his studies in the prison library at Long Lartin turned him into one of the foremost authorities on the Baroque architect.

‘Ah,’ you’re probably thinking, ‘and because he found this new and profoundly meaningful focus he realised that a life of crime suddenly held no attractions for him.’ Well, yes and no. He did emerge from prison to pursue his new life but, within a very short time, also returned to his previous criminal existence.

Why would a man, who had alighted on something that was to bring so much meaning and pleasure to his life, not have the strength to deny himself a pattern of behaviour that continues to disrupt and ruin his life to this very day?

Why, in working life, do we see the same recidivism played out by people who conquer destructive behaviours, only to return to them knowing that the consequences will be unpleasant?

Answer that little conundrum and you’ll never have to worry about the price of cigarettes again.