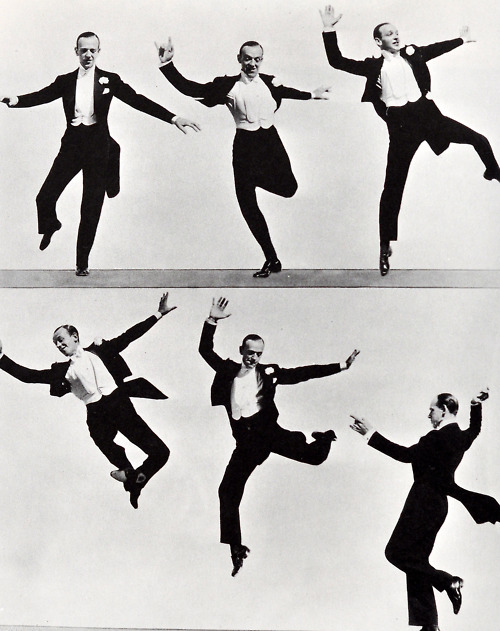 The Hard Work Behind Tripping the Light Fantastic

Fred Astaire and I have something in common: a reputation for dancing.

The sad fact is, whereas Fred’s reputation earned him the unstinting praise of the great ballet star, Mikhail Baryshnikov, who bemoaned, “We are dancing, but he is doing something else”, I have a reputation only as a dance floor disaster.

Being an Astaire devotee for many years, I recently devoured his 1959 autobiography Steps in Time. And what did I discover? The same strange misnomer that often surfaces with magnificent – but modest – people: the attribution that their success was due more to luck than ability.

So often, throughout the book, Astaire refers to how lucky he was, regularly throwing out the excuse that he just happened to be ‘in the right place at the right time’. But, as you turn the pages of the opening chapters, you realise ‘luck’ had precious little to do with it. A product of the pre-First World War Vaudeville age, for many years Astaire and his dancing partner Sister, Adele, plied their trade in an endless succession of mean, seamy theatres (in one venue, they reached their dressing room via a ladder).

Particularly galling would have been the endless praise critics heaped on Adele, whilst references to her scrawny younger brother’s efforts could be decidedly lukewarm and even dismissive.

But his determination to succeed – especially when Adele left their act in 1932 to get married – and the gruelling practice and perseverance made sure he would become the ‘primus inter pares’ of Hollywood dancing legends. Was he a hard worker? One film’s famous dance scene took 122 takes before it was considered, by Astaire, to be worthy.

Lucky? Not a bit of it. Of course he had his breaks; but a dogged devotion to his craft manoeuvred him towards those opportunities. As the US actor, Kyle Chandler, so neatly put it, “Opportunity does not knock at your door; it presents itself when you beat down the door.”

And Astaire – elegantly, of course – beat down the door.

All golfers know the line, often attributed to Gary Player, when he was accused of being lucky: “The harder I work, the luckier I get”. And Astaire knew, more than most, that the road to success was signposted by sheer hard work and self-belief – but rarely by ‘luck’.

There’s an awful lot of heavy work to tripping the light fantastic.