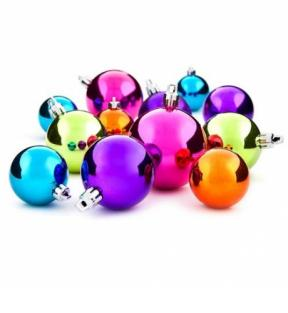 A Christmas Tale For A Change

A man was snoozing one Christmas Eve when he thought he heard, from deep inside his heavy slumber, someone padding past his chair.

He awoke, and was startled to see a rotund figure with a foaming white beard staring back down at him.

“Are you awake? Haven’t got long. Busy night!”

The man pulled the back of his hand across his eyes. “I… I think so, but…”

“No time for questions!” Father Christmas snapped back. “Come over here and look at this snooker table.”

“You don’t? Then what’s this?” And sure enough, there was a snooker table in the bewildered man’s room. Its green baize bathed with a brilliant light from above.

His eyes widened in disbelief. “How did you get that in here?”

“Enough! I have a task for you to complete. Here’s the white ball. Over there is the red ball. Take this snooker cue and pot the red into the pocket with the white ball.

He stepped up to the man.

“Tell me, what is it you want? Success? To lose weight? More contentment in your life? A job that fills your existence with meaning? Do you want those things?”

The figure drew his face closer, “But do you really want them?”

The man became exasperated. “Why, yes!”

“Then it’s simple. If you can pot that red ball into the corner with one shot, then all those things will be yours.”

The man smiled. “Hmm, that’s possible. If you miss then I might let you have another go. Tell me. If you failed to pot that red ball and I re-spotted the balls back to their exact same positions, what would you do then?”

Father Christmas gently placed a hand on the man’s shoulder. “Would you change anything? Or would you just strike the ball in exactly the same way?”

“Of course I wouldn’t! If I did that then I would miss again.”

Father Christmas feigned surprise. “Oh, so realising that doing exactly the same actions would just deliver the same result as before, you’d change what you did? Because, and do let me know if I’m not getting this right, it would be idiotic not to change something to give yourself a better chance of success with your second shot?”

“Yes. If I hit the ball too much to the left then I would alter what I did second time round. Who wouldn’t?”

“You wouldn’t. You see, I know you well and, year after year, you make a New Year resolution very close to what I spoke of earlier – success, a better job, lose a little weight – but then proceed to do exactly the same things that you did before. Stupidly believing that the same actions would yield a different result.”

He grinned and walked back to the table.

And the man suddenly woke up.