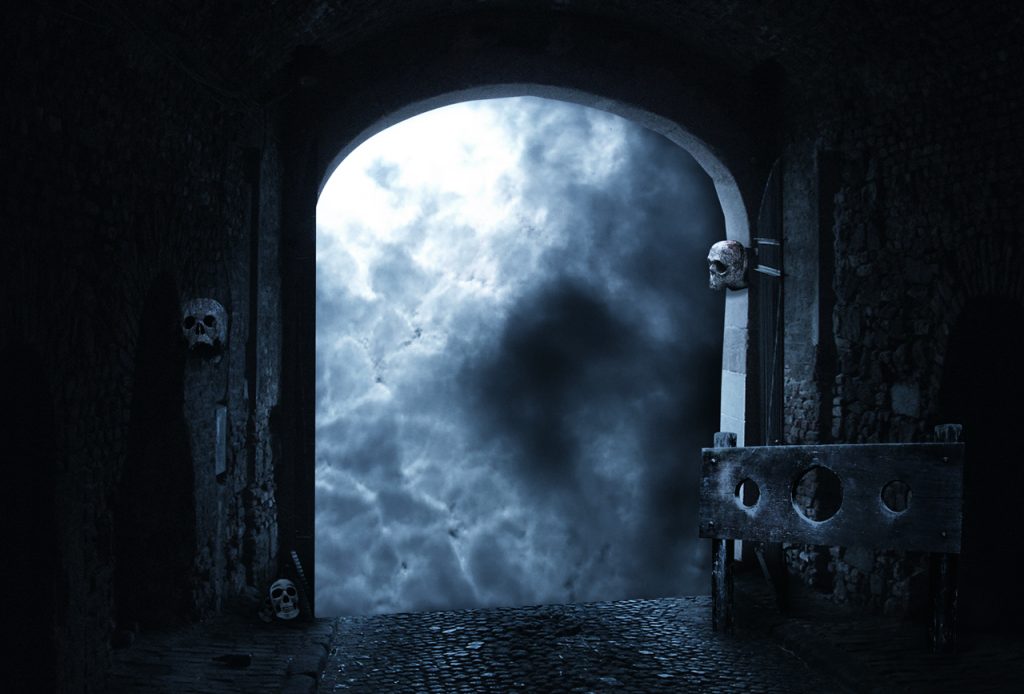 What it Takes to Walk Through the Door

I’d like you to imagine three people in Hell. No, not the fire and brimstone type of Hell that religious tradition probably taught you, but a simple, curiously decorated room. There is just one door – now locked – and that was the one through which the three people were ushered by a mysterious valet.

For these three people, Hell will be each other. Over time they will play curious conversational games that will torment and ridicule; there are no racks and grisly tortures in this Hell to cause their agonies – just the verbal cruelties each inflicts on the other that leave mental scars sliced deep on the inside.

At first each of the three explains why they’ve ended up in Hell. All of the reasons are perfectly credible – but all are excuses. Eventually, all three admit what really brought them: the reasons that they have refused to acknowledge and which their consciences have previously preferred to ignore.

And then the door opens. They don’t know why, but each immediately recognises that here is the opportunity to escape from their torment and be finally rid of each other. Now they can live the life they always wanted to live, be the people they’re capable of becoming.

But they don’t leave. Instead, they fall back into the bitter, murderous sparring; recreating the disabling illusions and mirages that manacle them so damningly to their miserable existences.

What I have just briefly described is the plot of Jean Paul Sartre’s ‘Huit Clos’ (Often translated as ‘No Exit’), one of the great plays of the mid-twentieth century. The interpretations can be endless, but the work was his attempt to point up that a real Hell already exists in people’s lives and the way that they live them. But, he believed, we have the power to turn our backs on this Hell and fashion an existence that has real meaning and purpose.

The door that suddenly opens might be thought of as opportunity. But how can we pass through it? Sartre was convinced it would involve:

So let me ask you: is there a door that has opened for you? Is the choice obvious? Have you the courage? Who else is responsible for your actions? Will it bring you a better future?

Then why are you waiting?