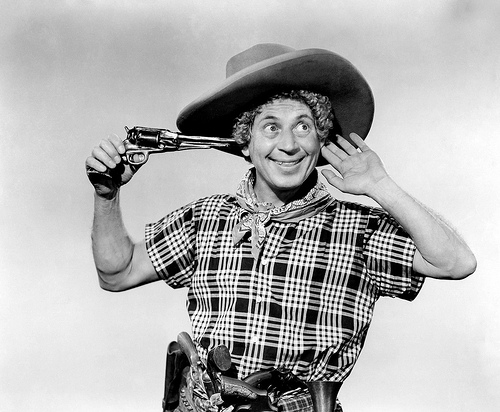 Don’t just do Something. Sit There!

His name was Gavin and it was the closest I’ve ever come to being physically assaulted at work.

Some years ago, I was involved with an interview panel looking to appoint a manager from a group of Team Leaders.

Someone had tipped off Gavin that the job was his. And, as’ Gavin’ and ‘modesty’ were not two words you’d ever find in the same sentence when thinking about him, this misled applicant viewed the process as a foregone conclusion.

Unfortunately, the interview panel chose another applicant; I was asked to feed back the bad news.

Gavin entered the room with the breezy, arrogant air of a person expecting the inevitable confirmation of happy tidings. I only got as far as “Gavin, I have some disappointing news for you…” whereupon he sprang out of his chair with the ferocity of a rabid animal.

Speechless, I could only look up as his considerable, angry frame leaned over me, spitting (and that’s the right word) out how the process was biased, obviously his face didn’t fit and that he wasn’t going to work for any of the other candidates.

So what did I do? That’s right: I remained tight-lipped and impassive. As I blogged last week, there are times when doing this is by far the best method. I consider myself assertive, but will decline to state my view when the emotional stability of the other person is not to be trusted.

But you have to be careful. This can be, for many submissive individuals, their ‘Get out of jail free’ card. Deciding not to be assertive can be used by some as a convenient smokescreen in difficult moments. They justify a lack of an assertive response by draping it under a cloak of reason.

But let’s not delude ourselves. Occasionally, choosing not to communicate is a credible choice when the behaviour of others is difficult to anticipate. Yet there are times when failing to stand our ground is to deny oneself the hard won right to communicate our side of the discussion.

So not every person we disagree with is a Gavin. To think so is to suffer from the same degree of self-delusion that brought his career – on that fractious afternoon – to a juddering halt.