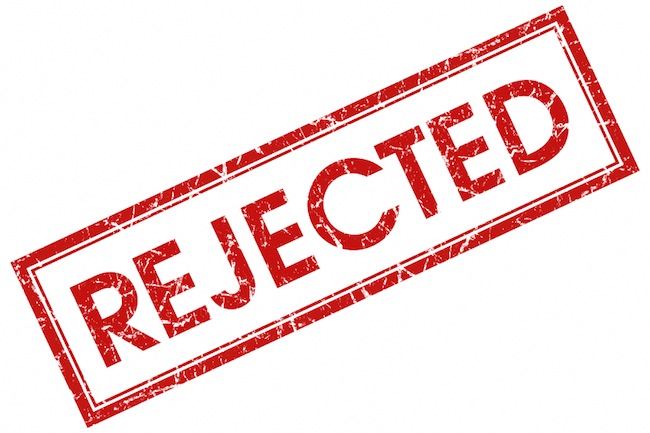 10 Reasons Why You Should Never Give Up

On the shelf behind me sit two rejected manuscripts from the BBC. The rejection letters are complimentary but still end with a thumping ‘No’.

c)       I utterly believe in the messages I want to communicate

So it was heartening when a recent post by Dr. Avra Lyraki pointed me to the following list of 10 people whose experience of rejection was greater than my own.

Walt Disney – Fired from the Kansas City Star in 1919 because he “lacked imagination and had no good ideas.”

JK Rowling – Rejected by dozens, including HarperCollins, when a small publisher in London took a chance on Harry Potter.

Oprah Winfrey – Fired as an evening news reporter of Baltimore’s WJZ-TV because she couldn’t separate her emotions from her stories.

George Orwell – A publisher turned down his legendary novel, Animal Farm, with the words “It is impossible to sell animal stories in the USA”.

Jerry Seinfeld – Didn’t find out he was cut from a minor role on a sitcom until he read the script and discovered his part missing.

Elvis Presley – After a performance in Nashville early in his career, he was told by a manager that he was better off driving trucks in Memphis (his previous job).

Steve Jobs – Fired from the company he started, Apple, but was desperately brought back in 1997 to save it. Apple is now the most valuable company in the world.

Stephen King – His first book, Carrie, was rejected thirty times. He nearly threw the book out when his wife saved it from the trash and encouraged him to keep trying.

Marilyn Monroe – At the start of her modelling and acting career, she was told she should consider becoming a secretary.

Abraham Lincoln – Demoted from Captain to Private during war, failed as a businessman, and lost several times as a political candidate before becoming President.

If you’d like to see  the rejection letters of 10 other famous people (which is also the source for my list above) then go here.

The great Michael Jordan put it rather nicely: “I can accept failure, but I can’t accept not trying.”

Now back to my Magnum Opus!